Correo Argentino: its key role in the national distribution of COVID-19 vaccines

Correo Oficial de la República Argentina (Correo Argentino), the official provider of the national and international postal, telegraphic and monetary public service of Argentina, is a key player in the national organization thanks to its 1,116 branches and 2,561 points of sale throughout the country. With more than 250 years of service, and in the wake of the COVID-19 pandemic, its role as a logistical operator for the national state has become more vital than ever. From the outset of the preventive and mandatory social isolation decreed by the national government in March 2020, it was considered an essential service in the face of the health emergency. 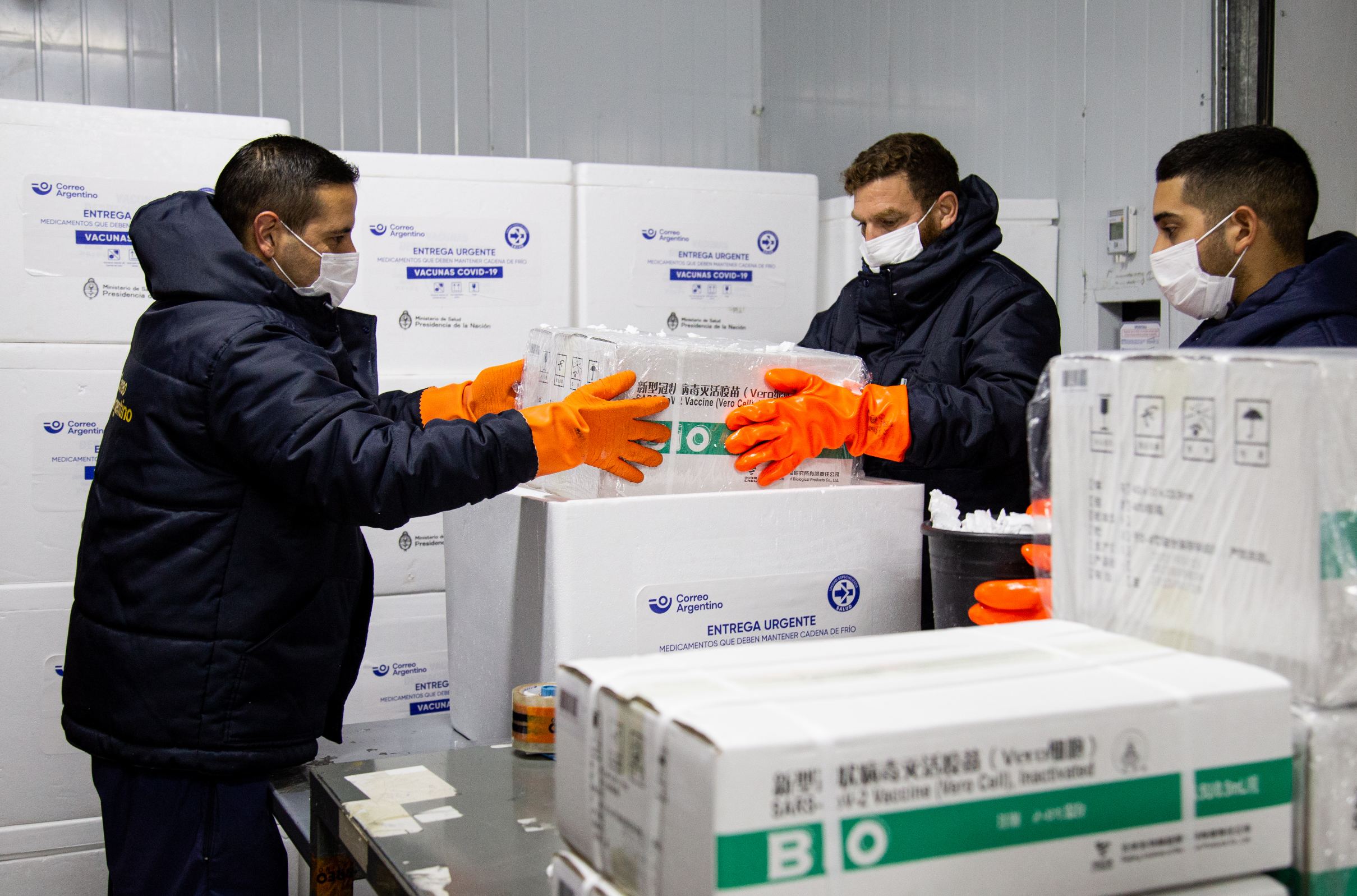 Correo Argentino is in charge of the logistics of distributing COVID-19 vaccines throughout the country. Argentina has reached different agreements allowing it to acquire doses of Sputnik V, Covishield and Sinopharm vaccines, the latter thanks to the Global Access Fund for COVID-19 Vaccines (COVAX). Since the end of December 2020, Correo Argentino has distributed more than 4 million doses in all 24 provinces, positioning itself as a strategic player in the COVID-19 vaccination plan in Argentina.

During 2020, the Post trained its staff and adapted its equipment and locations for the correct treatment of vaccines, taking into account the specific care required by each unit and the refrigeration conditions to be maintained. Among other initiatives, the logistics warehouse of one of its most important plants, located in Tortuguitas (an industrial area in the province of Buenos Aires), was refurbished and officially approved by the National Administration of Medicines, Foods and Medical Technology (ANMAT) and the Ministry of Health for the treatment of vaccines. In this warehouse, a refrigeration chamber was installed, equipped with a state-of-the-art temperature-controlled system with the capacity to maintain vaccines at -25°, and the secondary conditioning spaces were remodelled.

Inside this chamber, workers carry out the fractionation and conditioning of the canisters, which are then distributed to the different vaccination points. To maintain the safety and condition of each vaccine, these canisters contain eutectic plates, dry ice and a DataLogger device that records the temperature history throughout the shipment in a digital logbook.

Once the preparation phase is completed, the canisters are loaded onto the specialized refrigerated units and dispatched to their destinations. Throughout the journey, Correo Argentino's deployment means that the vehicles must be kept sealed and escorted by the relevant police and security forces until the moment of delivery. In addition, the vehicles are tracked by satellite via a TMS system, which, through an integrated transport and distribution management software with direct interfaces with the State, allows the authorities to monitor their location in real time, thus complying with all the security and treatment protocols established by the Ministry of Health and the various agencies involved.

Logically, such a demanding and significant task is rigorously supervised by the authorities and the various state control bodies. However, with more than 4 million doses delivered, there have been no irregularities of any kind in the service provided by Correo Argentino.

Owing to its invaluable logistical experience and the outstanding task it is performing in the distribution of vaccines against COVID-19, Correo Argentino is consulted for its expertise by a number of telecommunications and postal organizations in Latin America. Such is the case of 4-72, the Colombian Post, which sought advice from Correo Argentino about the logistical process for the processing, distribution and delivery of vaccines.

In response, the Operations and the ICT Directorates trained their Colombian counterparts in the use of computer systems, contractual issues and operational aspects of distribution and delivery that support logistics management for the efficient performance of all parties involved in the vaccination campaign.

To carry out inoculant distribution operations, Correo Argentino works in coordination with Aerolíneas Argentinas, the flag carrier, which is in charge of transporting the different batches of vaccines from laboratories around the world to the country. 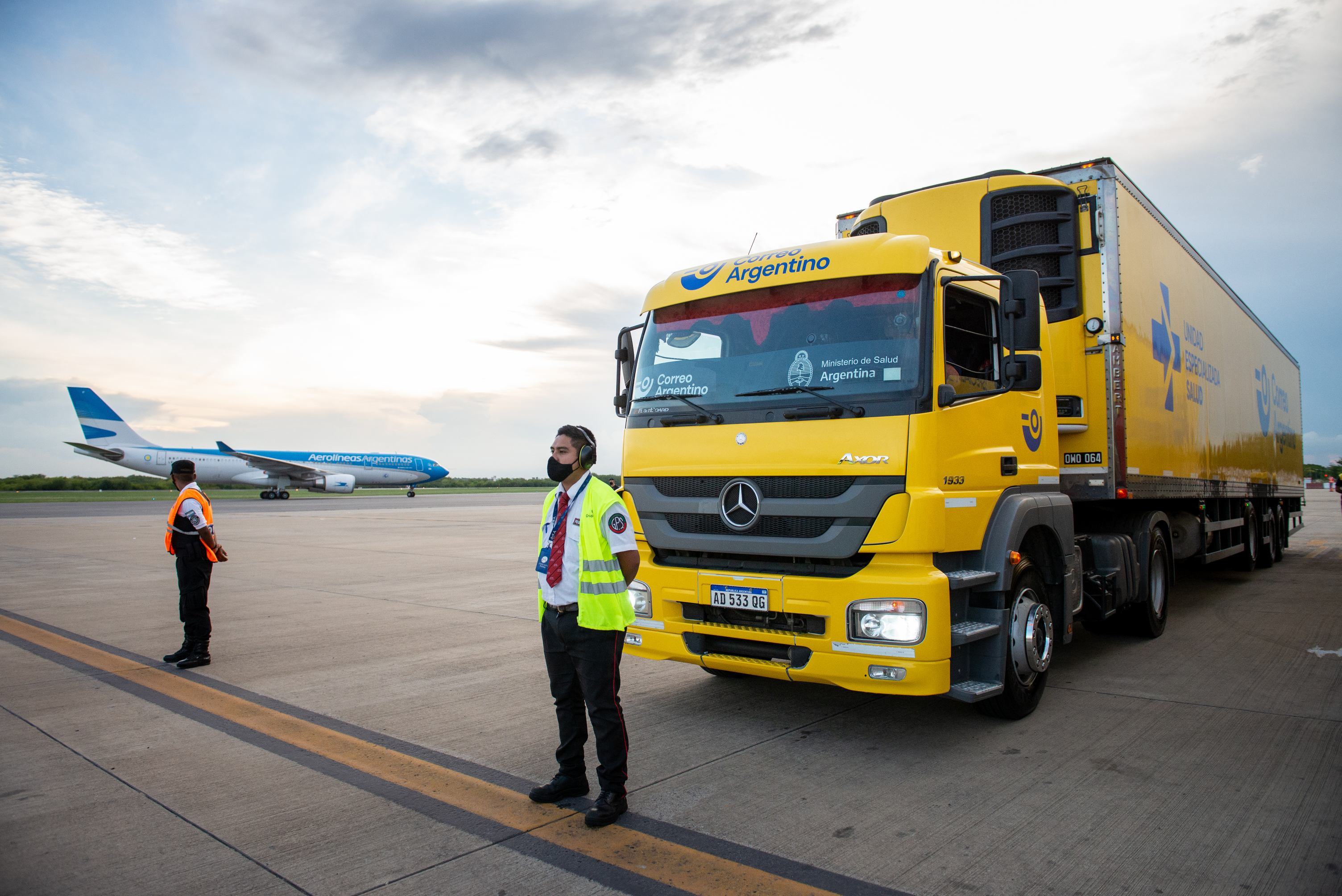 Once the aircraft land at Ministro Pistarini International Airport, the doses are loaded onto Correo Argentino’s 20-tonne capacity articulated semi-trailer trucks and then transferred to the logistics centres where they are stored until they are dispatched. To date, Correo Argentino has participated in eight of the nine Sputnik V vaccine distribution operations carried out since the reception of the doses at the airstrip. It is worth noting that the vaccine produced by Russian laboratories accounts for approximately 80% of the COVID-19 vaccines arriving in the country.

Correo Argentino is also working together with the national airline to transport vaccine doses to Tierra del Fuego, the province with the southernmost capital in the world, and to the southern province of Santa Cruz, as the geographic characteristics of both these regions present potential difficulties for transporting the doses by land.

Likewise, Correo Argentino is working in a public-private partnership with Andreani, a private logistics company involved in the storage and fractionation of the vaccines for the subsequent assembly of the canisters that Correo Argentino distributes to the different provinces.

It is worth noting that Correo Argentino is also in a position to carry out interprovincial distribution of supplies to hospitals and vaccination centres. This is the case of the Province of Buenos Aires, which accounts for almost 40 per cent of the country's population. In this province, 50 vehicles, with satellite tracking and police custody, deliver vaccines to 148 vaccination centres and 160 schools within 72 hours.

At the same time, Correo Argentino is negotiating for internal distribution in other provinces, such as San Juan, Misiones, La Rioja and Catamarca. 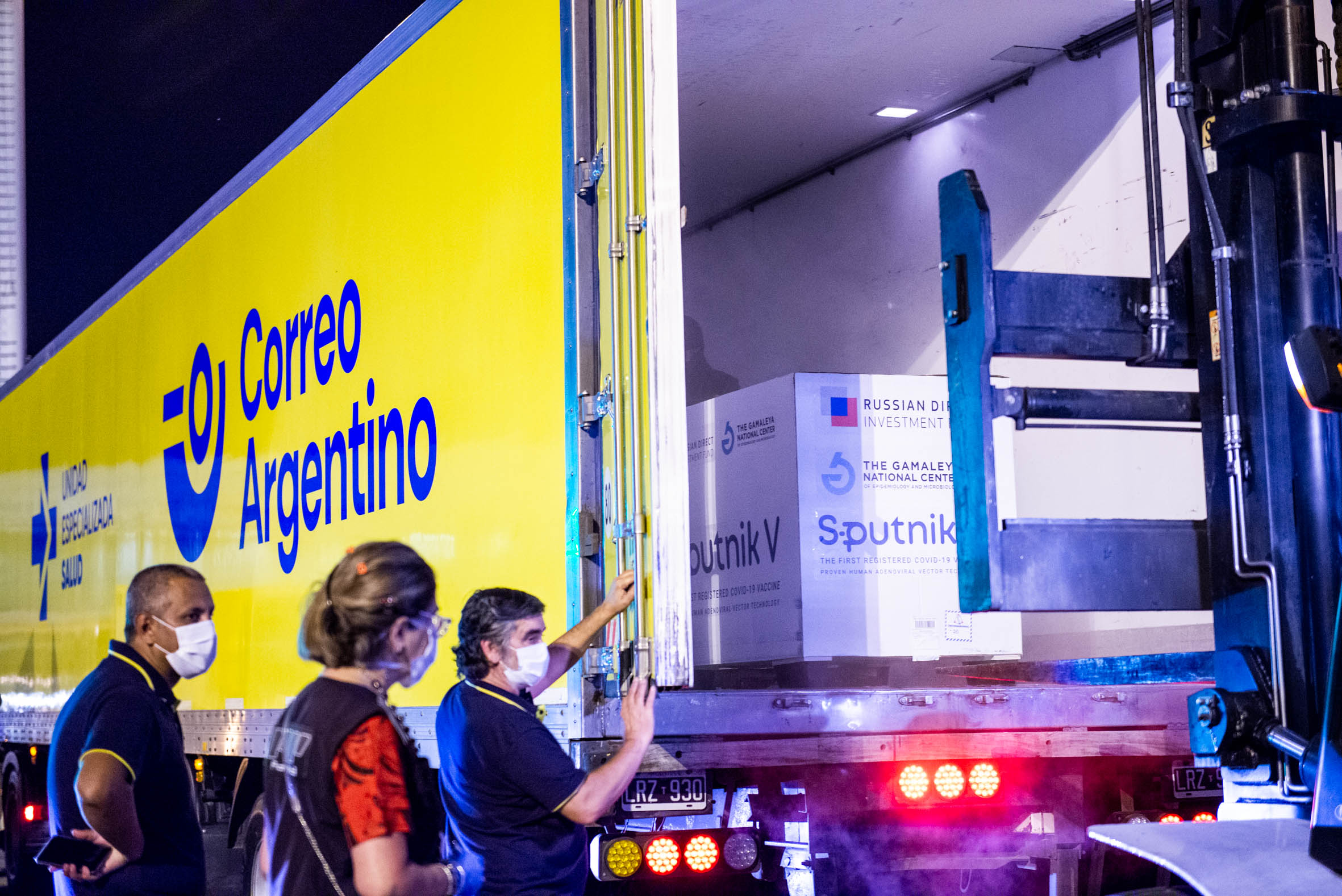 Recently, in the province of Santa Fe, Correo Argentino launched a special operation consisting of the transportation of vaccines and health personnel in charge of administering the doses to centres for the elderly and institutions for people with disabilities, guaranteeing equal and equitable access, even in the most remote areas of Argentina. On each day of the operation, three Correo vehicles are used simultaneously, reaching 10 inoculation points per day.

The aim and commitment of Correo Argentino is to continue to distribute each batch of vaccines that arrives in the country in order to fulfil its main function: to be the flagship Post which ensures that this vitally important vaccine reaches every corner of Argentina.