Published: 07.12.2022
Share
The International Bureau of the Universal Postal Union (UPU) has published postal statistics regularly since its foundation. Since the first edition in 1875, these statistics have been amended and improved in a constant concern to meet more and more closely the whole postal world's expectations and needs for information.

A postal statistics publication entitled Postal Statistics was introduced in 1964. After an initial recast in 1974, this publication was totally revised in 1994, with further modifications in 2007. The content was again revised in 2015 to give it its current presentation, which is intended to be not only leaner, but also richer in information relevant to the rapidly changing postal market.

Postal Statistics is divided into two parts:
– The first part gives the statistical data by country, i.e. the data relating to some one hundred headings over the previous five years for each UPU member country or territory.
– The second part provides a presentation of the statistical data by heading for a selection of headings particularly representative of postal development. Only UPU member countries are represented in this part. Notes are grouped at the back of the publication.

Presentation of information – special features
– The body of the publication is now completely bilingual (French–English). The table of contents, introduction, technical notes, list of Part 1 headings and notes are also given in Arabic, Portuguese, Russian and Spanish.
– Countries are presented in the order of their internationally recognized ISO (International Organization for Standardization) alpha-2 codes.

Source of postal data
Postal Statistics presents data collected annually by the International Bureau from member designated postal operators of the Universal Postal Union. Operators that have provided no information over the past five years are not included in this publication.

The information included was collected by the International Bureau up to 30 June 2022.

The International Bureau would like to thank the designated operators and the Population Division of the United Nations Department of Economic and Social Affairs for their contribution to this publication. 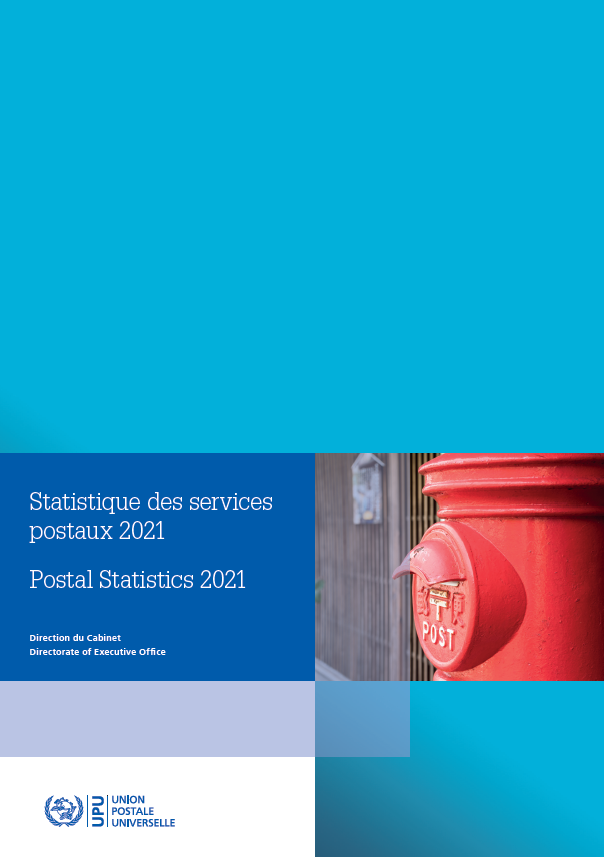