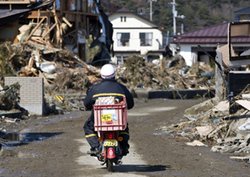 In recent years, the world has seen its share of natural disasters, with devastating effects on populations and countries' communication infrastructure, including postal networks.

From tsunamis in Japan and South East Asia to Typhoon Haiyan in the Philippines, Cyclone Nargis in Myanmar, and the earthquakes in Chile or Haiti, natural disasters directly impact public postal services by causing damage to infrastructure, vehicles and equipment, loss of postal items and customer data and even loss of lives. As a result, an important trade and communication channel is halted or impeded.

At the same time, disasters can also highlight the value of postal services in post-disaster response. Given their extensive network, post offices and mail processing centres can act as distribution points for emergency supplies, postal services can help coordinate emergency aid operations and provide much needed money transfers to victims in affected areas as well as a basic means of communication.

Few people like postal employees know so well the community they serve. Increasing Posts' resilience can further contribute to better managing risks when natural disasters strike and to communities' own resilience.

The UPU is committed to supporting the United Nations' actions in disaster risk reduction. Since 2013, the UPU has been developing a global disaster risk reduction and management policy for the postal sector , consistent with the main international instruments: "The Hyogo Framework for Action" and "The UN Plan of Action on Disaster Risk Reduction for Resilience". The latter encourages UN specialized agencies to include climate change and disaster risk management into their activities.

The UPU's objective is to ensure that the postal sector can itself adapt relevant strategies to face the challenges of increased natural hazards and potential adverse impacts on its worldwide network. These will ultimately help make the postal network more resilient to disasters and a key component of the national disaster response. It will also enhance local communities' ability to resist to disasters, thanks to the information conveyed through the postal network.

As part of the United Nations, the UPU is there to help maintain postal communication when a Post is hit by catastrophe. Emergency aid projects help meet affected Posts' immediate needs and restore postal services.

18.03.2014 - The UPU will help the Philippine Post renovate its Tacloban postal facility, severely damaged by Typhoon Haiyan last November on the island of Leyte. 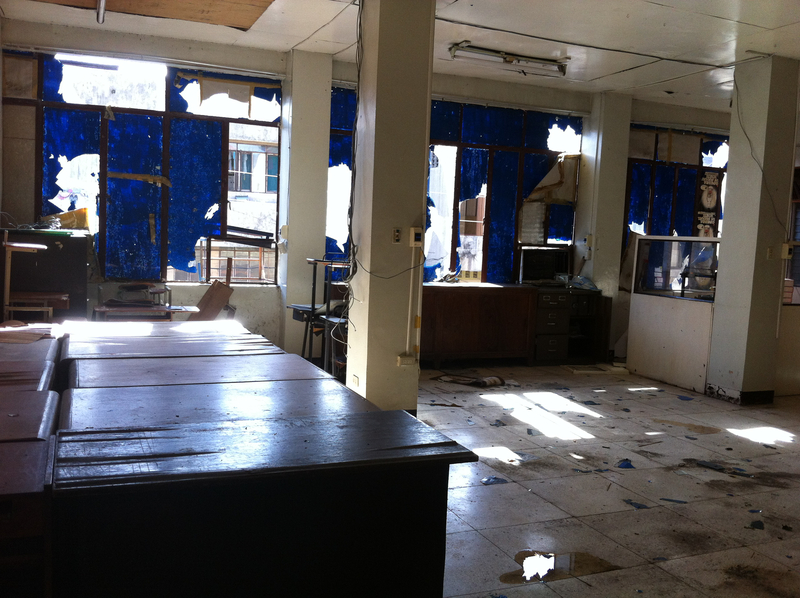 The three-storey postal facility housed a post office and a distribution centre serving about 40 post offices in towns throughout Leyte, Samar and the Eastern Samar region. Forty-four people worked there.

The facility needs to be completely renovated. The typhoon, known locally as Yolanda, broke windows, slanted walls, ruptured roofs, destroyed equipment and cut off the electrical supply. Renovation costs are estimated at about 100,000 CHF, and work is expected to start in July.

The UPU will use money from its Emergency and Solidarity Fund to help with the reconstruction effort, and work with the United Nations Development Programme in Manilla to hire the necessary suppliers and purchase materials.

The rebuilding effort is part of an emergency assistance plan developed after a joint UPU-United States Postal Service (USPS) mission sent experts to the Philippines in February to assess damages, as part of the UPU’s activities in technical assistance and risk management.

The UPU’s regional project coordinator in Bangkok and four American postal inspectors travelled to Manilla and Tacloban in February to establish an inventory of damages caused to postal buildings and evaluate the provisional delivery network’s security measures.

Thirty-seven post offices were affected by Yolanda, according to PHLPost, which severely hit the Visayas region, especially the islands of Samar and Leyte. Buildings were damaged or destroyed, and many postal vehicles and equipment were lost. To date, only a dozen of the affected post offices have resumed operations.

Since the typhoon, PHLPost has managed to re-establish basic postal services where post offices have been secured.

In January and February, PHLPost partnered with the national Department of Social Welfare and Development through Landbank of the Philippines to bring cash grants to about 18,000 beneficiaries of the United Nations-World Food Programme in Leyte and Samar. PHLPost served those areas where automated teller machines of Landbank were unavailable.

Some 200 postal employees worked in the area ravaged by Yolanda. All have been accounted for, but many are suffering from trauma, says PHLPost Postmaster General Josephina Dela Cruz.

“We have lived through many storms, but this one was something else. We really appreciated the response from the UPU and its member countries. It pays to be part of the UPU community,” she added.

Japan Post ensured mail services continued in the wake of the country's worst earthquake in March 2011.

Read "A Record of the Great East Japan Earthquake"

After a major earthquake leveled Haiti in January 2010, including its postal infrastructure, the UPU was there to help authorities rebuild the network. Postal experts traveled to the Caribbean nation to assess the damage and meet with postal and government officials, while the UPU appealed to its member countries for assistance. Many of them generously donated expertise, equipment and money that went to erecting a weather-resistant tent near the capital's airport that became the country's new international mail processing centre on 6 July 2010, less than six months after the catastrophe. 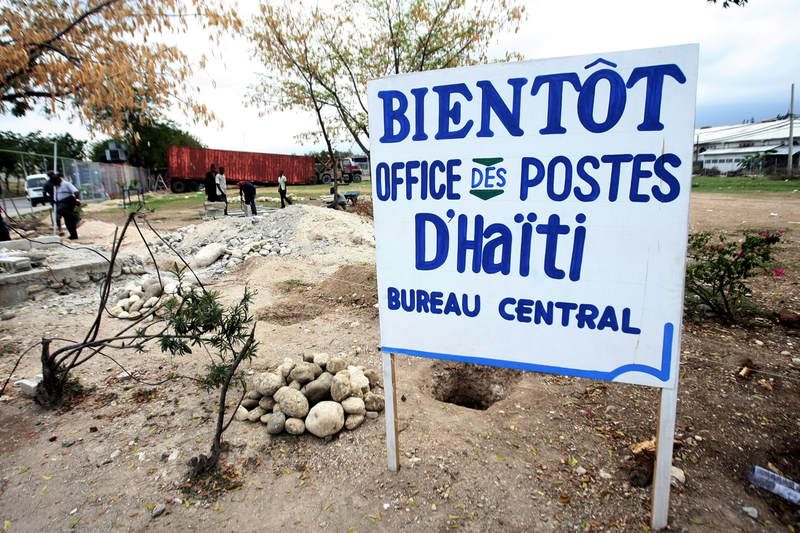